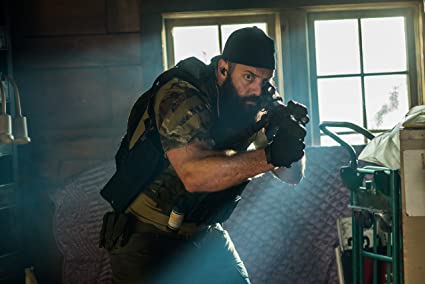 Garrett Golden graduated BUD/S with class 225 in 1999. He was assigned to SDV Team 1 in Hawaii where was trained as an SDV pilot. His notable teammates at SDV were Marcus Luttrell (Lone Survivor/Team Never Quit), Mike Murphy, Matt Axelson, and James Suh of the infamous Operation Red Wings. Garrett participated in the rescue and recovery operation of his SDV teammates, Marcus and Matt.

Garrett was invited to DevGru Green Team selection in 2005 and eventually joined one of the elite Devgru squadrons, where he served 12 combat deployments in the Global War on Terror. He executed nearly 1,000 direct action missions and engaged in over 200 CQB firefights, earning many medals and commendations along the way, including the Silver Star and 2 Bronze Stars with Valor.

Garrett designs and tests the G2 AR platform rifles. He helps to develop the weapon systems he would use in combat with an emphasis on reliability, accuracy and weight.